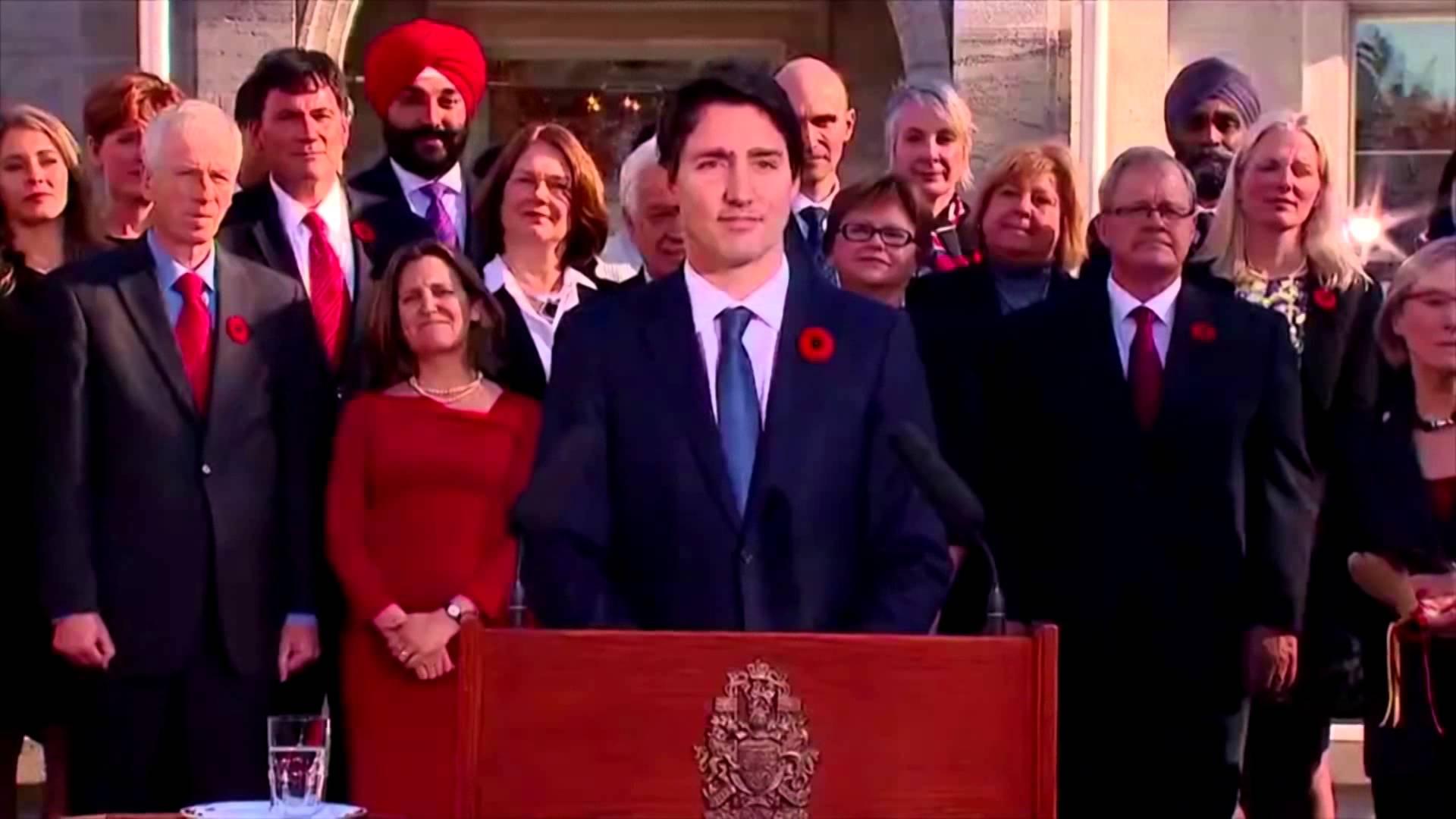 Recently, Canada’s newly elected Prime Minister, Justin Trudeau, appointed a cabinet that is 50% female. Explaining the choice, Trudeau stated that it was important “to present to Canada a cabinet that looks like Canada” – and “because it’s 2015.”
The announcement has been greeted with considerable backlash in the press, with some news outlets going as far as to imply that promoting diversity is not good for governance. This view implies an either or – that appointing women and incorporating gender balance, while good for the country’s diversity, would undermine the quality of governance. One could probably name many male candidates who on paper look more accomplished than some of Trudeau’s appointees.
However, this is not because male candidates are actually more able to get the work done. Comparing past accomplishments, or even comparing men and women using an objective measure of ability (if such a thing existed) is misleading when women face biases in the way they are perceived in the workplace. Success requires women to interact with others in society, where they are subject to discrimination. Labor markets in the modern economy rarely offer opportunities for individuals to work and succeed in isolation – most jobs require training, managing or supervising others, or interacting with customers. A large body of evidence tracks how gender biases operate at home and continue in the workplace, and those biases may undermine how well women are allowed to fare.
A recent experiment in Malawi using data on thousands of farmers explore whether women under-perform due to a raw ability gap, or due to societal biases stemming from social norms and attitudes. The researchers asked men and women maize farmers across 140 villages in Malawi to first learn about a productive new agricultural technique and apply it on their own farms. They then asked those farmers to teach others in the village how to apply the new technique, and convince them to adopt. The researchers sometimes paid performance-based incentives to the communicators if they succeeded in persuading many others to adopt.
The data show that in the first private task, men and women learn and retain information about  the new technology equally well. In fact, the trained women apply it on their own farm more often than their male counterparts. The male and female communicators appear comparable in terms of their raw, innate ability to learn.
The researchers then investigate how well this knowledge translated into the communicators’ performance in teaching and convincing others to adopt. They track how well a random sample of other farmers in each village had learned about the technology from their assigned communicator, and whether they adopted it, over the subsequent two agricultural seasons. In this stage, women performed worse than their male counterparts: other farmers adopted less frequently in the female communicator villages, despite the fact that those women knew the material just as well.
Why did the women’s performance fall relative to men’s? It is not simply that women are better learners than they are teachers. Other farmers taught by women experience better yields on their farm than those taught by men. Women also put more effort into teaching, and held formal dissemination events.
The gap emerges when we examine who attends those events: both male and female farmers were less likely to attend events organized by women. Why? The researchers collect detailed data on perceptions, and observe that both male and female farmers perceive male communicators to be more knowledgeable about agriculture, even though according to the objective measures, those men are no more knowledgeable about the new technology introduced through the experiment. Accordingly, other farmers do not pay as much attention to female communicators. Biases in perception and attention appear to be the most likely underlying causes of the documented patterns, in which women perform just as well in private tasks, but under-perform when they are required to interact with others in society.
Prejudice wastes talent, and credentials are the result of this very discrimination. So why should we rob ourselves of those who would put in serious effort to help their neighbors increase their harvests or to effectively run the government?
The evidence implies that we should aim to create a culture in which all people, including women and other groups facing discrimination, are empowered to perform to the best of their ability. Policies such as Trudeau’s are important to nudge our societies in this direction, as they lead through example. The perceptions that undermine female farmers’ good efforts in Malawi can only change if we start seeing more women in leadership positions.
By advancing these types of policies, we allow the people best suited to lead to rise up without being hampered by biases—cultivating leaders who are both “a reflection of society” and well-equipped to “govern the country.”
Editor's Note: This cross-post originally appeared on the World Bank's Let's Talk Development Blog
People​:
Mushfiq Mobarak, Florence Kondylis
Country:
Malawi
Program Area:
Agriculture
Topics:
Community Participation, Women & Girls