Innovations for Poverty Action (IPA) conducted a scoping study of the preprimary education sector in Agege, Lagos in August and September 2013. The study aims to present details on access to and quality of preprimary education in this growing sector as part of a four-city project including similar work in Kenya, South Africa and Ghana, launched and sponsored by the UBS Optimus Foundation. Study results show that a large number of pre-primary options exist in Agege and that a large majority of young children are attending preschools in general, and private preschools in particular.

Details of the Intervention
The Nigerian education system includes four years of preschool: “Kindergarten” for ages 2-3 and 3-4 and “Nursery” for ages 4-5 and 5-6.” The Agege Local Council Development Area (LCDA) is an area of about 5 km2 located next to the airport in the north west of mainland Lagos, and is home to a population of over 200,000. Unlike other ‘slums’ in major African cities, most homes are made of brick or concrete. 126 household interviews and 18 headmaster surveys were conducted in Agege with the aim of documenting the scale, cost and quality of preprimary education in this area. The data collected is representative of the LCDA of Agege as a whole.
Results and Policy Lessons
Preschool participation rates are very high, but are significantly lower for the poorest
There are a large number of preschool options in Agege, and enrollment rates are very high. About 70% of 3 year olds go to preschool, and more than 90% of 4-6 year olds go to either preschool or primary school. All preschool children attend 5 days a week and more than 95% are at school for more than 25 hours in an average week.
This high participation is achieved despite the fact that an estimated 48% of 3-6 year olds live in households that are below the poverty line of 1 dollar a day. Yet, preschool participation rises with both household income and education level of adults within the household: children in the poorest quintile are significantly less likely to attend preschool (73%, versus 90-96% in the other quintiles). There is no significant gender gap on attendance rates for children aged 3 to 6.
Preprimary school-related costs, about half of which are school fees with the other half including mainly books and food, average about 4,400 Nairas ($27) per month per child, though this varies significantly by income group.
Preschools are mostly private, and most preschools are attached to a primary school
An estimated 82% of preschool students in Agege go to a private preschool.  Almost all preschools are attached to a primary school, and almost all primary schools have a preschool attached.
Parents have a relatively large number of options when choosing a school for their child.  The average number of preschools caregivers know of that their child could walk to is 3.6 (compared to 2.7 health centers). The major factors caregivers consider when selecting a preschool are teacher quality and proximity, though curriculum and cost are also mentioned.
However, even if most caregivers do not mention cost as the number one reason for choosing a specific preschool, 49% of the children who walk to school are not being sent to the preschool that their parents consider to be the best within walking distance, most commonly due to cost.  This indicates that ability to pay still seems to act as a significant constraint when choosing a school.
Parents hold preschool education in high regard, particularly for private schools
Parents do seem to view preschools as educational establishments rather than just daycare centers. When asked their main motivation for sending their child to preschool, for 86% it was to learn skills and be prepared for primary school. Only 1 caregiver said that the main reason was that there was no-one at home to take care of them.
We also find strong evidence that parents perceive private schools to be better than public schools, and more expensive private schools to be superior to low cost private schools. Parents expect that attending a low cost private preschool instead of a public preschool would be associated with higher educational achievement and a 38% greater income at the age of 30.
Class sizes are small in private preschools, but the provision of facilities and services is mixed
The average number of pupils per teacher in private preschool is just 11. No school that was visited had a teacher/student ratio greater than 1:20. Over 90% of private school teachers have completed secondary school, and almost 75% have a degree, but none have ECD-specific training. 56% of private school teachers have 3 or fewer years of experience.
Wider school infrastructure is generally relatively satisfactory; all schools offering preprimary grades had latrines on the premise, and most also have electricity and some health facilities. A large number of schools, however, lack play materials and a playground, and most do not provide any food.
Teaching and learning academically oriented
School materials are geared towards an academic style of learning. All private schools claimed to have both exercise books and textbooks in all preschool classrooms. 90% also claimed to have storybooks, but fewer than half had any toys for preschool use.
Homework is generally set from the earliest years of preschool, and learning goals are particularly ambitious, with the average private headmaster saying that children should know single-digit numbers and the full alphabet by age 3 and a half. The majority of private preschools in the sample conduct exams, most even with the youngest age group (age 2-3).  Exams and most teaching are in English, despite the Government’s official policy that a child’s mother tongue should be the principle medium of instruction.
Conclusion
In Agege there is a large preschool sector with high attendance rates for both boys and girls. Most parents are aware of the value of early education and spend considerable amounts to send their children to relatively formal and very academically-oriented private preschools. There is evidence suggesting, however, that cost remains a barrier to attending good quality preschool.
The profusion of private schools that this study illustrates remains fairly unregulated. Supporting the improvement of teaching quality and expansion of quality preschools are key challenges for the Nigerian education system. 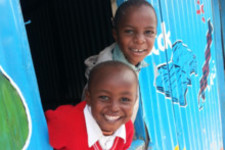 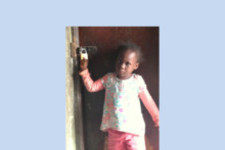