The Road to Testing Innovations in Behavior Change and Gender Norms: Beginning a Rigorous Trial of the Modern Man Challenge

This cross-posting is the third in a series on the International Rescue Committee and IPA's Modern Man Challenge study. The first post in the series is available here, and the second post is available here. 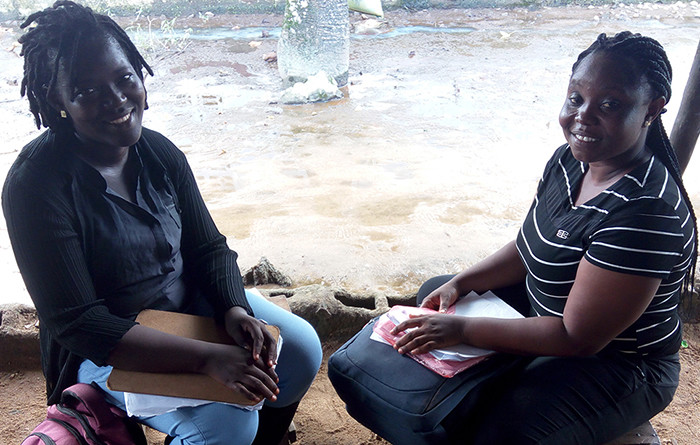 Of the interventions and programs that seek to reduce intimate partner violence, a limited number of those with the potential for scale have been rigorously studied.

Since 2016, the Airbel Center at the International Rescue Committee and Innovations for Poverty Action has been designing the Modern Man Challenge, a program that aims to engage men through text messages supporting a masculine identity that practices more gender-equitable behaviors with their partners in Monrovia, Liberia.

The Modern Man Challenge was developed from the ground up by the research and design team. As a foundation, the team compiled relevant evidence about household violence reduction in low-income contexts. Building on this, we looped explorative research with idea testing and continual desk research with new leads. By mid-2017, IRC and IPA had created a functioning prototype. Men not only engaged more frequently than expected—some also reached out directly to ask questions about a range of topics and shared sensitive information. They were reporting the desire to become more in control of their feelings and actions.

Men not only engaged more frequently than expected—some also reached out directly to ask questions about a range of topics and shared sensitive information. They were reporting the desire to become more in control of their feelings and actions.

For example, after receiving a message about the importance of consensual sex, one participant replied via text message:

“Normally I used to [be] a violent person especially in my partner, so when I started to read about messages which talk about how treat your partner, I create more interest in the program.”

Using these findings from the first round of testing in Liberia, the team revamped the messages to address the specific situations the previous participants said sparked jealousy or anger in their home, lengthened the program, and added a platform allowing men to request immediate tips about anger management in heated situations.

With this final program design, the research team is now studying the Modern Man Challenge with a cluster randomized controlled trial. A total of 16 communities are included, and researchers have collected descriptive data from all available households in these communities, including data about intimate partner violence rates experienced by women and the acceptability of intimate partner violence by men. For each of these 16 communities, we also have social network data. This means we know which households interact with each other, who is at the center of social groups, and who is on the fringes.

To recruit participants, invitations were designed and printed for all men between 18 and 45 years old in the 16 communities. Eight of these communities were selected to receive the Modern Man Challenge and eight of the communities were selected to serve as a comparison group and receive another program, a “Strong Man” presentation about men’s health. The survey teams went to great lengths to get each invitation to potential participants, including one staff member who volunteered to work on Sunday and single-handedly successfully delivered 42 invitations to households coming home from church. Although it was impossible to directly deliver all the invitations, a total of 36.9 percent of invited men responded to the invitation and arrived at the recruitment event scheduled in their community.

Across the board, the recruitment events were well-received, and the men participated in discussions about gendered expectations in relationships. After the completion of recruitment in early November 2018, the final treatment group and comparison groups were determined.

Across the board, the recruitment events were well-received, and the men participated in discussions about gendered expectations in relationships.

We then delivered the Modern Man Challenge to 342 participants. The program ended on December 20th, 2018. We now have access to the messages that participating men sent to the program. While we are still awaiting results about the program’s impacts on these participants’ behavior, the messages shed light on several interesting and important aspects of the program. 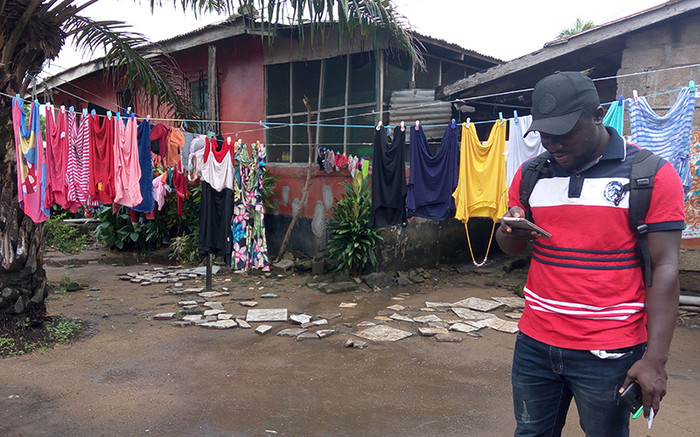 On what they have learned from the Modern Man Challenge:

The last time I had an issue concerning rent payment with my partner, I was angry. I have resolved on walking away to calm my anger next time.

When once I was angry, I now remain calm.

Sometimes she tell me she why she did something and I reduce my anger.

[In response to being prompted to talk to his partner about finances and her goals] I asked her and she told me that she wanted to start a business, so I am getting ready to give her a bit of money to start at the markets.

On what makes them happy in their relationship:

What makes us happy is when we are truthful with each other and there is no confusion. That makes the two of us happy.

Whenever my wife approaches me on an important issue, then I listen and take her advice. It makes the both of us happy in our relationship.

The Big Question: Does the Modern Man Challenge change intimate relationships for the better?

Six months after the end of the program, we will survey both the participating men and their primary women partners about their relationships. By comparing their answers to the comparison group, we will see if there are any differences in reported behaviors between couples who received the Modern Man Challenge and those who did not.

As we wait, IRC and IPA are thinking about the full effects of the intervention. Given the high rate of responses and the willingness of some men to interact with simple SMS messages in an honest and open manner, we know we’ve found an important tool to connect with men in a post-conflict, low-income setting. We will continue to explore the doors this key can unlock!