Interrupting the Cycle of Hunger in Zambia

June 25, 2014
Rachel Levenson
Growing up in the California Bay Area with temperate weather year round, seasonality to me meant the difference between putting on a t-shirt or a light sweater in the morning. However, here in Eastern Zambia, seasonality affects a lot more than just clothes: the vast majority of people are subsistence farmers, the economy is largely agrarian, and, because agriculture relies on the rains, there is only one harvest each year. 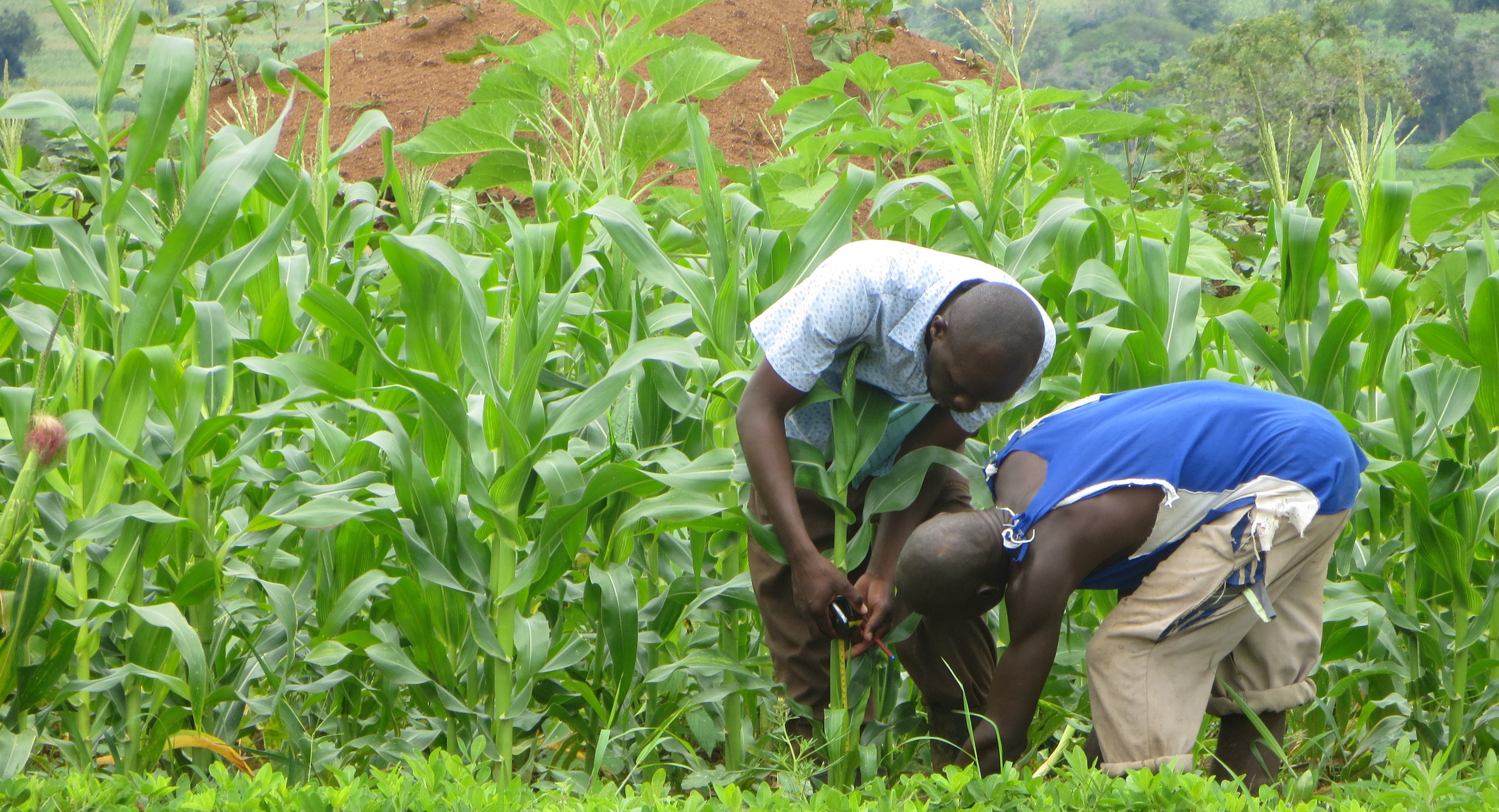 Professors Gunther Fink, Kelsey Jack and Felix Masiye have worked on numerous nutrition, health, and environmental projects in Eastern Zambia. As they spent time talking to the rural poor during these projects, they heard one story over and over again. The farmers were struggling to make their harvest last the full year: they were running out of food months before the next maize crop (the staple food in Zambia) ripened. These months leading up to the harvest are known in Zambia and elsewhere in the developing world as the “hungry season.” Farmers in Zambia explained that they made ends meet during the hungry season by doing casual labor on other farms to get food. The time spent doing casual labor made it impossible to invest the time and energy needed on their own plots and their harvest suffered, creating a vicious cycle.
Listening to this story, Professors Fink, Jack and Masiye saw a textbook poverty trap caused by seasonality and a simple solution. If it was true that people’s harvest suffered because they had to work off their farm during some of the most important and labor intensive agricultural months then they could help farmers smooth their income and consumption over the year by offering maize during the leanest months as a loan, and asking farmers to repay after the harvest, when maize and cash are relatively plentiful.
In the 2012-2013 agricultural season, IPA Zambia put this idea to the test with a sample of around 400 farmers in 40 villages. The intervention gave farmers the option to take up to three bags of maize flour during the hungry season (January-March) and repay three bags of maize in June. Using a simple agricultural labor market model, Fink, Jack and Masiye analyzed labor allocation – whether people who received the loan spent their time differently, and whether there were changes to local wages paid for casual labor. They wanted to know if the story farmers told of having to do casual labor to provide for their household’s basic needs was accurate, or if doing casual labor was an efficient and profit maximizing way for farmers to spend their time.
The program was both popular among the farmers – take-up was about 95%, and repayment was equally as high – and showed positive effects. The new working paper explains how households who got access to the loan saw an increase in food consumption (pretty logical for a food loan!), a decrease in casual labor (both in terms of probability of having done casual labor and the number of days of casual labor worked). The data also showed some evidence of increases in local wages:
In villages where all farmers were eligible for the maize loan, the probability that a household reported off-farm labor over a two week period during the hungry season fell by around 25 percent (11.8 percentage points). In the same villages, the total number of days of ganyu [casual labor] reported fell by around one-third, with a corresponding (but statistically imprecise) increase in the number of days worked on-farm … In fully treated villages, the average wage reported among (the smaller number of) workers engaging in ganyu increased by almost 50 percent immediately following the loan transfers and by 25 to 35 percent over the treatment period.
Unfortunately, the pilot study was too small to draw any conclusions about impacts on yields. Understanding yield impacts is crucial to determining effects on household productivity and arguably welfare. If the intervention increases yields, then it can be self sustaining and makes a strong case for scaling up to a policy level.
Because of the promise that the pilot study showed last year, this season we’ve scaled up the project to a two-year study of 3,000 households and are offering both maize and cash loans. In additional to measuring labor allocation, the data will measure crop yields and child and adult nutritional status, across the treatment and control groups. In January 2014, we distributed $41,000 in cash loans and 154 metric tons of maize. Repayment has just begun. Stay tuned for more results…
Rachel Levenson is a Senior Project Associate in IPA’s Zambia office.
EDITORS NOTE: More details on the study and the new working paper can be found here. The study team has taken the step of allowing the public to donate directly to the project from the link here.
Studies:
The Impact of Food and Cash Loans on Farming Households in Zambia
People​:
Rachel Levenson
Country:
Zambia
Program Area:
Agriculture
Topics:
Access to Finance, Technology Adoption
Partners:
Agricultural Technology Adoption Initiative, Foreign, Commonwealth & Development Office (FCDO), Institute of Labor Economics IZA, International Growth Centre (IGC)