COVID-19 and Forced Displacement in the Global South 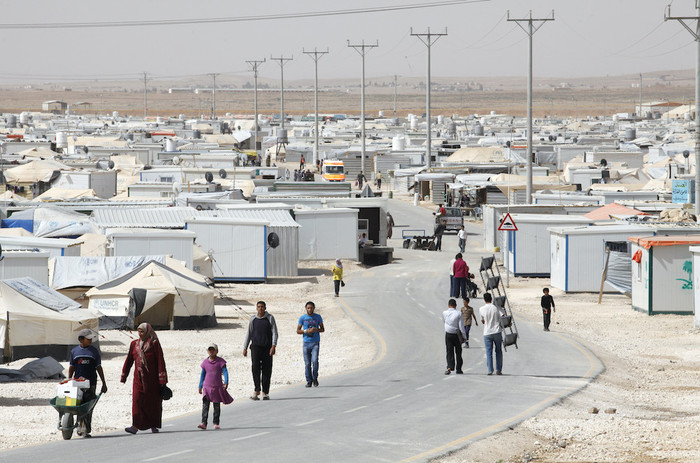 Editor's note: This post originally appeared on the University of California, Berkeley news site as well as CEGA's blog site.

As the COVID-19 pandemic persists around the globe, refugees and others uprooted from their homes—due to conflict, economic hardship, climate change, and other pressures—must combat the dual hardships of disease and displacement. Already among the world’s most vulnerable, displaced people often have experienced violence and trauma, have limited access to services, and are homeless, with nowhere to safely isolate from the virus.

Participants in the online panel discussion shared early insights from phone surveys being carried out with refugee populations in Kenya, Uganda, and Bangladesh to explore the economic impact and longer-term implications of the pandemic. Their findings could help governments and non-governmental organizations (NGOs) understand the unique ways in which forcibly displaced populations have been affected by COVID-19 and how best to respond.

Yale University economics professor Mushfiq Mobarak shared results from a panel survey conducted with the Rohingya people of Myanmar and with their host community members in Cox’s Bazar, a fishing port in Bangladesh that turned into the world’s largest refugee settlement a few years ago when hundreds of thousands of the Rohingya began arriving, having fled extreme violence in Myanmar.

From two rounds of phone surveys in April and July 2020, Mobarak’s team found that awareness and basic knowledge of COVID-19 among the Rohingya were high (and higher than among the host community), but so were symptoms of the virus. The Rohingya were also more likely to attend prayer and other social gatherings, not adhering to social distancing, than were their hosts.

Mobarak also explored the causes and consequences of violence against the Rohingya in Myanmar, finding that Buddhist protests—Buddhists there urged Myanmar’s government not to repatriate the Rohingya—have been followed by violent attacks with disproportionate effects on Rohingya civilians.

One promising solution that Mobarak’s team is studying involves identifying pharmacies and religious leaders that can disseminate lifesaving information related to the pandemic to the Rohingya, in addition to developing interventions around the spread of information on COVID-19.

Nandini Krishnan, senior economist with the Poverty Global Practice at the World Bank, discussed findings from a series of panel surveys on the labor market impacts of COVID-19 on the Rohingya in Bangladesh. She found that while employment among the host population was not sharply affected, two-thirds of those already employed reported being temporarily absent from work.

Among the Rohingya, a sharp deterioration in labor market outcomes, such as employment, is evident, but the bulk of the impacts preceded COVID-19. Relative to the baseline, employment among the Rohingya dropped to one-third of its original rate, which was already very low.

According to Krishnan, this decline is related to the effects of a ban on the use of cash in camps, a rule that preceded COVID-19 and that compounded the refugees’ plight when humanitarian assistance was scaled back due to pandemic-related restrictions.

“Unfortunately, what has happened with some of the restrictions placed during COVID-19 is that programs to invest in better nutrition are stalled,” she said. “…in the current follow-ups, you see that there are more [Rohingya] households reporting they are not receiving the same level of assistance [from organizations like the World Food Program] they were receiving before.”

What else should governments and NGOs consider when designing programs for refugees in response to COVID-19?

Drawing on evidence from Kenya, where there also are hundreds of thousands of refugees, many from Somalia, Berkeley economics Ph.D. candidate Dennis Egger reported that, while the refugees in Kenya, on average, have experienced larger economic shocks (lower employment and earnings) during the pandemic than host community members, they have been rebounding faster: Why?

According to Egger, their economic situation was so dire that there was little choice but to go back to work to make ends meet—even if this meant a higher probability of getting infected with the virus. One solution to buffer refugees from the added pressures induced by the pandemic are cash grants, which may mitigate the economic impact of COVID-19 lockdowns.

Daniel Stein, chief economist of IDInsight, a global advisory, data analytics, and research organization, reviewed findings from a recent randomized controlled trial (and qualitative study) in the Kiryandongo refugee settlement in Uganda and its neighboring communities. A one-time $1,000 transfer to refugee households, implemented by the NGO GiveDirectly, improved the psychological well-being of recipients who had been negatively affected, across the board, by COVID-19-related stresses or fear.

The transfer had no effect on the total amount spent on food post-harvest, though an earlier pre-harvest survey did show that cash transfers improved food security. This suggests that cash transfers may allow the type of flexible spending needed by the most vulnerable.

The panelists agreed that, when trying to understand how the pandemic has affected forcibly displaced populations, quantitative phone-based surveys can’t capture the whole picture.

According to Krishnan, “What phone surveys tell us is that things are at least as bad as the results show because people left out of these surveys are likely the most vulnerable.” Timely phone studies like these can support government response and the allocation of resources in times of crisis. Many low- and middle-income country governments are dealing with difficult tradeoffs between advancing the economic and social well-being of their own citizens and diverting scarce resources to support displaced populations.

Egger noted that there is “such a need for data, that starting the conversation and disseminating results as widely as possible is an important thing to do.”