Trey Beck retired from the finance industry in 2015 to devote more time to social policy, with an emphasis on poverty mitigation and the fostering of civil society through American electoral reform. He joined the IPA board in 2016 and served as its chair from 2017 to 2022.

Trey spent his 23-year finance career at the D. E. Shaw group, a New York-based investment firm that is among the world’s largest and longest-established alternative investment firms and is widely regarded as a pioneer of quantitative finance.

Trey is a member of the board of New Classrooms, a non-profit delivering personalized math instruction to U.S. public school students. He is the former board chair of Turnaround for Children, which attempts to improve poverty-challenged American schools by addressing the effects of traumatic stress on child development.

Trey received his B.A. in 1993 from the University of Virginia, with a dual degree in history and Russian Studies, and was elected to Phi Beta Kappa and designated an Echols Scholar for academic distinction. 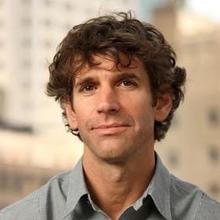