Jonathan Morduch is Professor of Public Policy and Economics at the NYU Wagner Graduate School of Public Service, and Managing Director of the Financial Access Initiative (www.financialaccess.org), a consortium of researchers focused on financial inclusion. His research centers on microfinance, social investment, and the economics of poverty. He is currently developing a theoretical framework with Jonathan Conning for understanding how governments and philanthropists can use market forces to create social change.

Morduch is co-author of Portfolios of the Poor: How the World's Poor Live on $2 a Day (Princeton 2009) and The Economics of Microfinance (MIT Press 2005, 2nd edition 2010). He has taught on the Economics faculty at Harvard University, and has held visiting positions at Stanford, Princeton, and the University of Tokyo. Morduch has worked with the United Nations and World Bank, and advises global NGOs. He is Associate Editor of the Journal of Economic Perspectives and on the board of the Journal of Globalization and Development.

Morduch holds a BA from Brown and Ph.D. from Harvard, both in Economics. He was awarded an honorary doctorate from the Université Libre de Bruxelles in December 2008 in recognition of his work on microfinance. 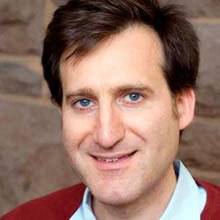