Jens Hainmueller is a Professor in the Department of Political Science at Stanford University and holds a courtesy appointment in the Stanford Graduate School of Business. He is also the Faculty Co-Director of the Stanford Immigration Policy Lab that is focused on the design and evaluation of immigration and integration policies and programs.

His research interests include immigration, statistical methods, political economy, and political behavior. He has published over 65 articles, many of them in top general science journals and top field journals in political science, statistics, economics, and business. He has also published three open source software packages and his research has received awards and funding from the Carnegie Corporation, the Russell Sage Foundation, the Robin Hood Foundation, the National Science Foundation, the Swiss SNF, the American Political Science Association, Schmidt Futures, the Society of Political Methodology, the National Bureau of Economic Research, and the Midwest Political Science Association.

Hainmueller received his PhD from Harvard University and also studied at the London School of Economics, Brown University, and the University of Tübingen. Before joining Stanford, he served on the faculty of the Massachusetts Institute of Technology. 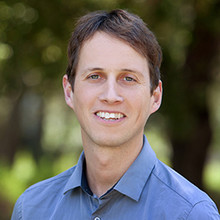