Dotan Haim specializes in international relations and comparative politics, with a focus on insurgency and social networks. In his research, Professor Haim uses a combination of large-scale social network analysis and randomized field experiments to examine how a government’s success in combating insurgency and violent crime can hinge on the nature of the social ties between civilians, government security forces, and local politicians. His work focuses on Southeast Asia and the Philippines in particular. He draws from a broader interest in applied network analysis, which includes previous research on international alliance networks and on the real-time prediction of influenza outbreaks using social network data. Professor Haim’s research has appeared in the Journal of Peace Research, Nature’s Scientific Reports, and Network Science and has been supported by the UN Development Programme, EGAP’s Metaketa IV Initiative, IPA Peace and Recovery, and the Smith Richardson Foundation, among others. Professor Haim received his PhD in Political Science from the University of California, San Diego in 2018 and was a Postdoctoral Fellow at the Dartmouth College Dickey Center for International Understanding and the Program in Quantitative Social Science. 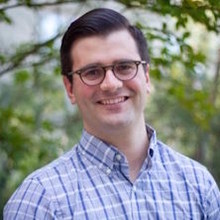