Bilal Siddiqi is the Director of Research at UC Berkeley’s Center for Effective Global Action (CEGA). He works on poverty, institutions and conflict in low- and middle-income countries, using applied micro-econometrics and experimental methods to understand the causal impacts of policy interventions. He has worked primarily in Croatia, India, Kenya, Liberia, Pakistan, the Philippines, Sierra Leone, and Tanzania. His research has been published in the Quarterly Journal of Economics, Science, Lancet, and others, and covered by the New York Times, the Washington Post, NPR, CBS, New York Magazine, Voice of America, Le Monde, VoxEU, the Daily Mail, Economic and Political Weekly, the Hindustan Times, Público, El Espectador, and several other outlets.

Before joining CEGA, He was an Economist in the World Bank’s Development Impact Evaluation department, where he worked with governments to embed impact evaluation into their operations, and oversaw global research programs on justice reform and digital ID systems. He has also been a Minerva Postdoctoral Fellow at Stanford University, and an AMID Scholar at the Institute for International Economic Studies at Stockholm. He received his Ph.D. and M.Phil. in Economics from Oxford University, where he studied as a Rhodes Scholar. 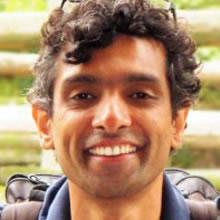