Evidence on Microcredit: Rethinking Financial Tools for the Poor

USAID and microfinance institutions use recent evidence to shift from traditional microfinance to other approaches.

In the early 2000s, microcredit received extensive praise as a poverty-fighting tool, while critics claimed it indebted poor households. At the time, however, little rigorous evidence existed on its impacts. Six randomized evaluations, led by IPA- and J-PAL affiliates, found that microcredit had some benefits, such as expanding business activity, but did not reduce poverty or lead to empowerment for women on average. Nor were the loans harmful. In 2018, the U.S. Agency for International Development cited this research, along with other IPA studies, in its decision to shift from traditional microfinance to the Graduation Approach and building more inclusive markets. The evidence also contributed to a shift in public opinion and helped propel the microfinance industry in new directions to expand financial access to the extreme poor. 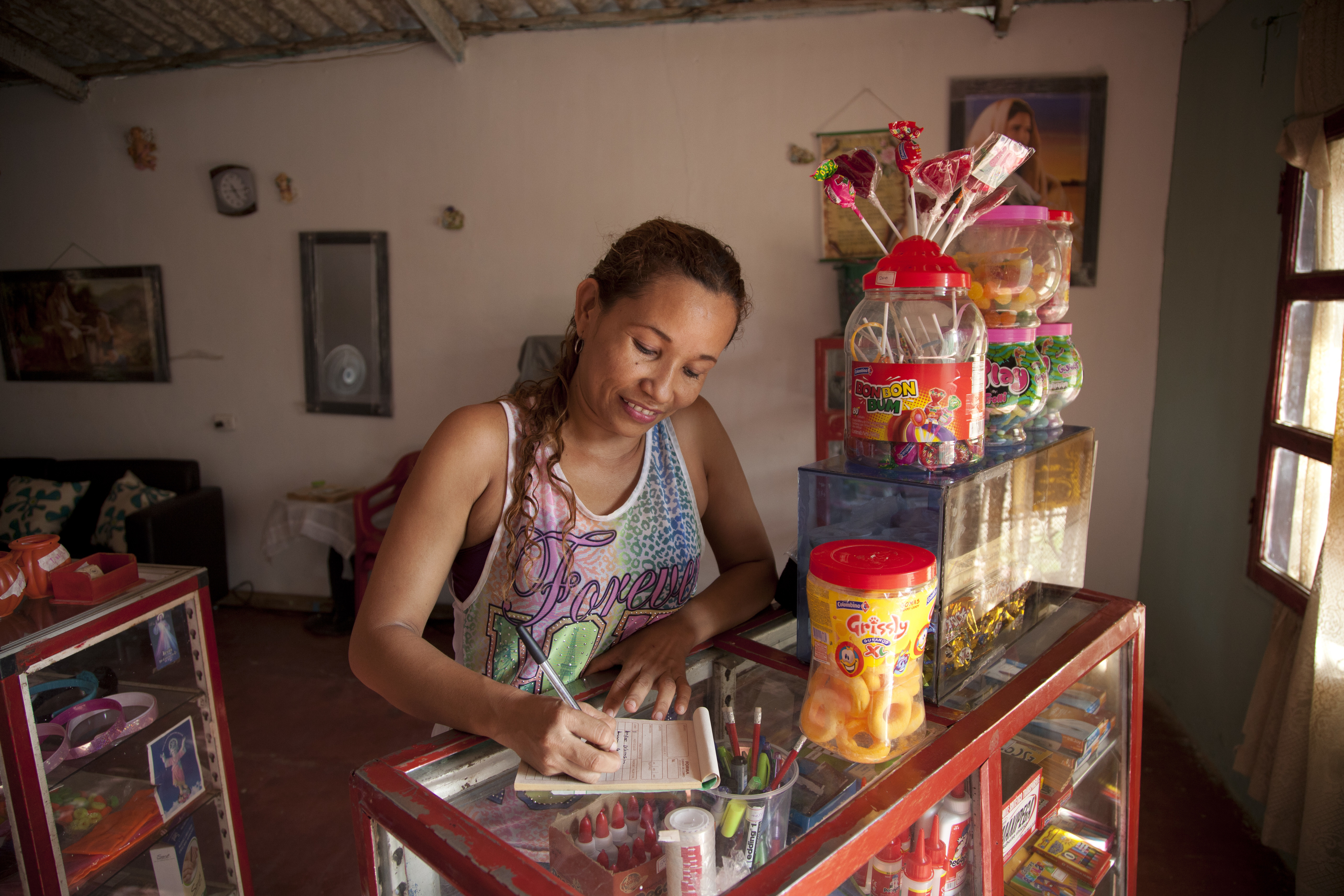 Traditionally, financial institutions excluded the poor, finding it too costly to make small loans to borrowers without credit histories or collateral. Yet through the expansion of group-liability lending, community-based banks, and new repayment models, microfinance institutions (MFIs) brought credit and other financial products to the poor on an unprecedented scale. From its beginnings as a lending experiment in Bangladeshi villages in the 1970s, microcredit expanded rapidly in the 1990s and 2000s.

The model initially received substantial praise: The United Nations designated 2005 as the International Year of Microcredit, and, in 2006, microcredit was the basis of the Nobel Peace Prize. The Nobel Committee lauded microcredit “as a means of fighting poverty.”1 The small loans were embraced by policymakers, donors, and funders as an important financial product to help small-scale entrepreneurs invest more in their businesses, increase profits, earn additional income, and lift themselves out of poverty.

However, up until the late-2000s, evidence on these outcomes was thin: reports of microcredit’s success were often based on anecdotes or insufficient data. Some suggested that expanding credit access could even be harmful, causing poor borrowers to take on more debt. Given that billions of dollars in donor dollars were flowing into the industry, it was important to establish microcredit’s true impacts on the poor.

Six randomized evaluations conducted on four continents between 2003 and 2012  concluded that while microloans can increase small business ownership and investment, the small, short-term loans generally do not lead to increased income, investments in children’s schooling, or substantial gains in women’s empowerment for poor borrowers.2 Taken together, the studies, carried out by J-PAL and IPA-affiliates, are fairly representative of the global microcredit industry in that they included multiple lending models including both group and individual loans.

Conducted independently in Bosnia and Herzegovina, Ethiopia, India, Mexico, Mongolia, and Morocco, and released in the American Economic Journal: Applied Economics, the evaluations followed over 37,000 individuals total. In each of the six studies, one group of potential borrowers was offered microcredit, while the other group received no such offer. By comparing outcomes between these two randomly chosen groups, researchers were able to identify the effect of expanded access to microcredit on business activity, financial behavior, and household welfare.

All studies found some evidence of expanded business activity, but these investments did not often result in significant increases in profits. In some instances, however, microcredit did afford people more freedom in how they earn and spend money. Results from all six studies showed little support for the assumption that microloans, which are often offered to women, increase women’s empowerment or investment in their children’s education.

In short, the results showed modest, but not transformative, improvement in the lives and financial well-being of individuals one to four years after they were offered microloans. Contrary to some theories, the loans were not harmful to poor borrowers.

The evidence on microcredit, as well as positive results from IPA evaluations of savings products and the ultra-poor Graduation Approach, propelled the U.S. government to shift away from microcredit as a poverty-alleviation tool toward other proven approaches. It has also changed public opinion and contributed to a period of change and transformation in the microfinance industry.

The U.S. government moves toward a more holistic approach to financial inclusion

In a report to Congress, USAID reported in 2018 that it is shifting away from traditional microfinance and moving toward other approaches for poverty alleviation in reponse to the latest evidence. The report cites IPA evaluations of microcredit, savings, and of the graduation approach, and concludes:

"Based on the evidence we have gathered thus far on microenterprise and microfinance, USAID is shifting our approach to include interventions that address multiple challenges simultaneously, such as using the Graduation Approach and building inclusive market systems. USAID is confident that greater impacts on poverty alleviation can occur by expanding the focus from only microenterprises to including MSMEs, enabling and leveraging market forces to the greatest extent possible, and reducing regulatory burdens, to create sustainable pathways out of poverty for the poor and very poor."

From silver bullet to tool-in-the-toolbox

Following the release of the six-country study in 2015, experts in microlending gathered to debate on whether the microcredit industry was in fact lifting people out of poverty. Media coverage of the results in major news outlets also raised awareness about the results. The coverage ranged from take-downs to constructive ideas for how to make microfinance more effective. The Wall Street Journal published a piece highlighting the results and challenging the belief that microloans were a “revolutionary product.” The Economist reported on the lack of flexibility offered by most microcredit products. And many other outlets covered the findings and implications of the new evidence, including Scientific American, The Guardian, Harvard Business Review, and The Atlantic.

NPR reported on the findings on women’s empowerment, highlighting that “it doesn't appear that increasing access to microloans is an effective strategy for helping more women start businesses that will allow them to vault themselves out of poverty […]. Still that doesn't mean microloans don't help poor people in all sorts of other ways.” And as Fast Company summarized, “[i]t turns out that when you assess the idea scientifically––as a series of new studies do––the idea is not as world-changing as first appears.”

The release of the six-country study was accompanied a period of change in the microfinance industry as many nonprofit microcredit providers became regulated financial institutions, private investor funding became widespread, and microcredit markets overheated in some countries.

The microfinance industy is increasingly offering a wider range of services, products and tools––from insurance, to payments, to savings products, to consumer credit, and more. For instance, MFIs have been experimenting with alternative payment schedules, products designed to serve specific client groups, such as rural borrowers, and equity-based lending for several years now (used particularly in Islamic societies where charging interest is not widely accepted). (Read more here.)

The CGAP, a global partnership of more than 30 leading organizations that seek to advance financial inclusion, explains that the shift away from microcredit had led a diversification in products. “Over the past few decades we have […] learned that poor households need access to the full range of financial services to generate income, build assets, smooth consumption, and manage risks—financial services that a more limited microcredit model cannot provide.”

In sum, the evidence helped provide pathways forward for the microfinance industry, helping to propel the sector in new directions, driven by data.