The government of Paraguay is scaling an interactive numeracy program for young children based on rigorous evidence it improved math scores.

An early basic understanding of numbers, “pre-math,” in young students has been shown to be an important foundation for later math learning.1 However, tests show that students in Latin America lag behind the rest of the world in math and science skills. In order to address these low test scores some organizations have created innovative educational programs as an alternative to rote learning and memorization. 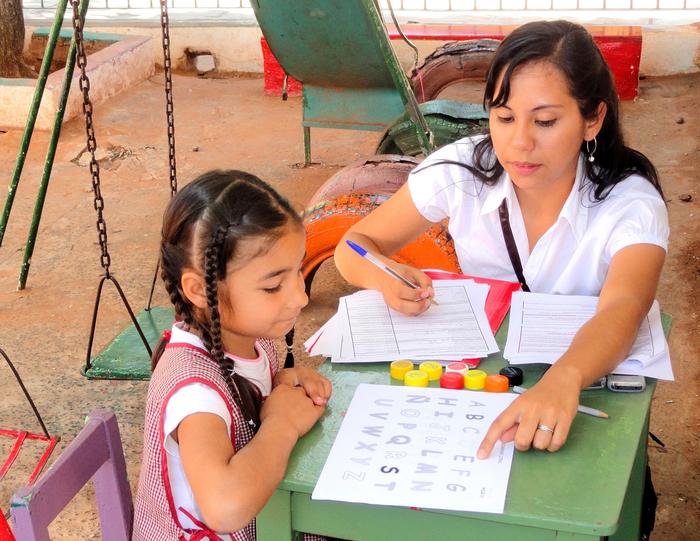 In Paraguay, from 2011-2015, an IPA research team worked with the Ministry of Education and Culture, the Inter-American Development Bank (IDB), and the Organization of Iberoamerican States (OIE) to evaluate the impact of a pilot mathematics program, modeled after a program called Big Math for Little Kids implemented in low-income schools in New York, on children’s early math skills. The program, called Tikichuela: Mathematics in My School, used daily, interactive audio lessons to teach basic math and could be used in classrooms regardless of teachers’ preparation or pedagogical skill.

The study found that the program helped narrow learning gaps between low- and high-performing students, and between students with trained and under-trained teachers. Moreover, the program improved learning equally among both Guaraní- and Spanish-speaking students. However, some learned gaps remained: Although girls improved significantly, boys improved much more, ultimately increasing the gender gap. To close this gap, the program was modified to encourage girls’ increased participation in the classroom. Read more about the program and the study here.

In Peru, from 2012-2014, an IPA research team evaluated a similar preschool math program called Mimate, which also yielded positive results. The program improved math skills among all children and had stronger impacts for students who were lowest performing at first and for students whose teachers had university degrees. Unlike the Paraguay study, the researchers found no evidence of different effects across gender, language-spoken at home, or socio-economic status. Read more about that study here.

In response to these findings, and with support from the IDB, Paraguay’s Ministry of Education and Culture decided to expand the program to an additional 150 preschools and 284 primary schools (for third graders). In total the program is benefitting around 4,000 students in Paraguay. As of mid-2017, the government was seeking funding to expand at a national scale.

The model is catching the notice of other governments as well: After Panamanian education policymakers visited Paraguay to learn about the program and its impacts, they decided to test the model in Panama. IDB will be supporting the roll-out of the evaluation in Panama in 2018.

Watch a video of researcher Emma Naslund-Hadley talking about the Tikichuela program and evaluation results here.

Watch a video in Spanish about Panamanian government’s interest in replicating the Tikichuela program here.