I had previously noted that the Global South was missing in studies of coronavirus, according to a couple of major databases compiling surveys. In one database, just 1/230 projects looked specifically at an African country.

That was never the whole story; researchers in every country have been launching projects. Powerhouse research implementers Innovations for Poverty Action have responded particularly strongly to the crisis. They’ve now launched their RECOVR research hub.

In addition to repositories of questionnaires and funding opportunities, this records the projects IPA and its partners have been undertaking. This brings together studies being done by IPA, CEGA, CGD, Northwestern, IGC and Y-RISE, so its a good chunk of the academic research that’s going on. They record 56 different projects.

Those projects study a wide range of areas, and confound a few stereotypes about this research world, too.

*View the data I used to calculate this here*.

A wide variety of topics and regions

There are projects all over the world, with 25 covering Africa, and 18 in Asia. They cover a huge variety of topics—health is naturally in the lead, but there are many studies of Social Protection, Peace and Recovery, and Financial Inclusion. It looks like there’s room for some more studies on education and agriculture!

A frequent criticism of the organisations leading this is that they are focused on one method, RCTs, to the exclusion of all others. I’m not sure that criticism was ever quite true, but in this case, almost as many descriptive studies and natural experiments are being done, as full RCTs.

One other welcome note: almost two-thirds of the studies listed have at least one person from (one of) the countries being studied, on the team of named principal investigators. 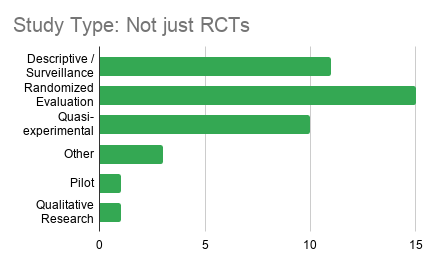 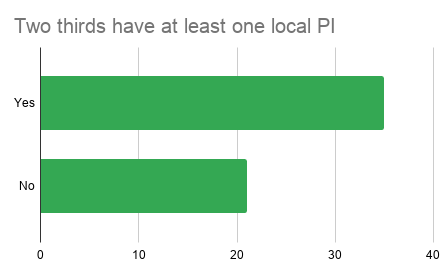 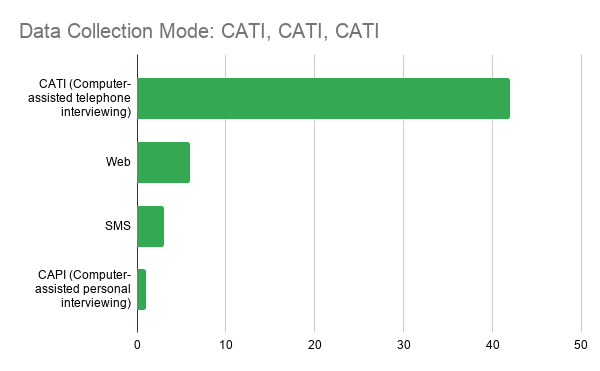 Tom Wein is the founder of The Dignity Project, a campaign for more respectful development. He researches citizen engagement and dignity in development, and tweets @tom_wein.