Educational outcomes remain poor in East Africa despite a decade of reforms and new investments. There is a growing body of research that suggests these low levels of learning are driven in part by the limited accountability in the education system. Performance-based teacher incentives could potentially address the learning crisis by better motivating teachers, and also re-orienting the focus of the education system towards results. However, there are concerns that incentivizing teachers without alleviating the resource constraints faced by many schools may not be effective.

Currently, governments in East Africa use capitation grants, which provide funding to schools based on the number of students enrolled. While many studies suggest that providing additional resources to schools on its own has limited impact on learning outcomes, the efficacy of the approach when combined with teacher incentives in improving learning outcomes is largely unknown. Innovations for Poverty Action worked with the Tanzanian non-profit, Twaweza, to evaluate the impact of three interventions: performance-based teacher incentives, sending capitation grants directly to school accounts, and the combination of both programs, in a representative sample of primary schools in Tanzania.

While results showed that capitation grants on their own do not raise learning levels, the Twaweza intervention showed that sending money directly to school accounts is transparent, easy to implement, and results in an increase of learning resources at school. This implementation experience contributed to the Tanzanian government’s decision to implement direct capitation grant transfers starting in January 2016.

The concept behind capitation grants (CG) is straightforward: schools have different needs, and teachers and administrators at the schools themselves are often best placed to determine how to efficiently allocate resources. Under a capitation grant scheme, the government sends schools a certain amount of money per student enrolled. In Tanzania the CG policy prescribes TZS 10,000 per student in primary schools and provides guidelines as to how the money can be spent. School leadership, under the guidance of school committees, then determines which inputs are of greatest priority.

However in 2013 Twaweza reported that only about 20 percent of the CG funds prescribed by policy for each pupil was actually arriving at schools. The main two factors responsible are that, first, insufficient funds are released by the Central Government and, secondly, that school funds are channeled to school accounts indirectly through local government. Due to the fact that local governments have the authority to decide about funding priorities within the Local Council, funds earmarked for schools may be reallocated to other ‘priority’ sectors.

Because the full monetary amount was not reaching the schools’ bank accounts, it was impossible to know if capitation grants were an ineffective tool in improving learning outcomes, or if capitation grants had the potential to be effective, but failed to deliver due to their low level of implementation. Twaweza sought to answer this question by sending the full amount of money directly to the bank accounts of the schools in two treatment arms (CG direct only and CG direct plus incentives), without any intermediaries. The Twaweza CG grant came in addition to the regular grant via the local government. District officers were instructed to not change individual school disbursements based on their knowledge of the intervention. This resulted in a significant increase in funding available in participating schools. 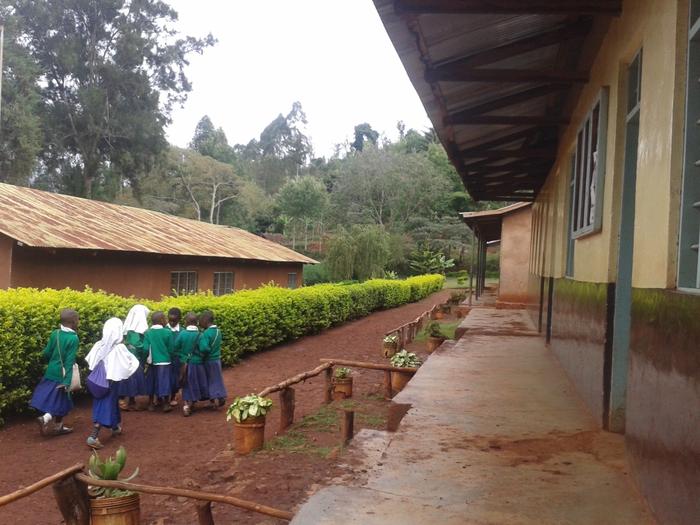 The Implementation Challenge: How Can We Send Money Directly?

To implement the CG direct interventions, Twaweza teams visited each of the schools in the study to meet with key stakeholders and explain the program details. The ministry of local government (PMO-RALG) assisted in the implementation by providing school bank account details and the most recent school enrolment numbers to calculate the total transfers. Twaweza then sent the money in two installments each year – once in May, and once in August – directly to the bank accounts. Over the course of the two-year program, Twaweza distributed a total of TZS 2,286,110,000 (approximately USD 1.4 million) to 154 schools. Each transfer was documented and letters stating the disbursed amounts to each district (school) were sent to the Ministry (local government). Receipt of the funds was confirmed by Head Teachers to Twaweza.

Schools were required to publish CG expenditures on a public notice board and follow established government CG expenditure guidelines. By ‘making the offer’ publically, Twaweza tried to ensure that community members would hold schools to account.

Underscoring Twaweza’s implementation was the importance of transparency and accountability. Twaweza teams visited schools twice a year and held public meetings with Head Teachers, teachers, parents, and community leaders to explain the program and timeline of fund disbursement. Schools were required to publish CG expenditures on a public notice board and follow established government CG expenditure guidelines. By ‘making the offer’ publically, Twaweza tried to ensure that community members would hold schools to account. The simple system of documenting the sending and receipt of the CG transfers plus the public communication proved to be effective. No school attempted to deceive Twaweza by claiming that money had not been received when it fact it had. Data collected also showed that schools followed CG expenditure guidelines and reporting processes.

While results from the study did not find a stand-alone impact on learning outcomes of the CG direct intervention, it found a significant positive impact in combination with teacher performance incentives. An additional, non-trivial finding on the intervention side was that direct disbursement of CG funds to school bank accounts is both feasible and straightforward to implement and monitor, and does result in increased learning resources in schools.

Twaweza presented the preliminary results before a number of key government personnel and members of parliament at an event in Dar es Salaam in December 2014. Following the event, government representatives announced a commitment to start sending capitation grants directly to primary and secondary schools, instead of through district councils. Speaking on behalf of the Minister for Education and Vocational Training (MOEVT), a Ministry official noted that Twaweza’s approach increased and demonstrated reliability, transparency, and accountability. The actual implementation of the national CG direct policy started under the new administration of President Magufuli, on January 1, 2016.

Twaweza notes that other factors, apart from the RCT implementation, contributed to the policy change. In addition, researchers want to emphasize that the funding change alone is not expected to impact on student learning. Other measures to improve learning are currently being investigated.