Wendy Abt is the Founder/CEO of WPA, Inc., an advisory firm that provides strategic and financial advisory services to the commercial banking sector. She re-joined the IPA Board of Directors after having left to serve as Deputy Assistant Administrator for the Bureau for Economic Growth, Education and Environment at USAID. Immediately prior to her appointment to USAID, she worked with J-PAL and IPA on several projects in West Africa. Ms. Abt has extensive transactional experience in Africa working as an adviser to African governments and central banks as well as institutional investors. In 2003, WPA sponsored and was the General Partner for a private equity fund whose anchor investor was HSBC, First Rand. She is an expert in commercial banking privatization, and has written, published, and lectured on the topic. Prior to her advisory and investment assignments, she held executive positions in a major U.S. commercial bank. Before her career in banking, Ms. Abt spent over ten years in public policy research, first in Africa and then in the United States with the African-American Institute in New York, and Abt Associates in Cambridge, Massachusetts. Ms. Abt received a Bachelor of Arts in Economics and Government from Connecticut College, and a master’s degree in statistical research from Harvard University’s School of Education. 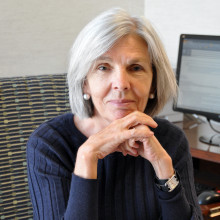