Alpha Coulibaly has been a Field Manager at IPA Mali since January 2016. In the past, he has been a consultant to several consultancies and NGOs in Mali, including IPA, where he worked on several projects as an surveyor, editor, and supervisor before being recruited as a Field Manager. He holds a Master's degree in Geography from the Faculty of Letters, Languages and Human Sciences (FLASH) of the University of Bamako. He also holds a Higher Diploma of Social Work (DSTS) obtained at the National Institute of Training of Social Workers (INFTS) of Bamako. From 2016 onward, he has worked on several projects in various fields, including health, education, agriculture, rural finance, governance, and reconciliation. 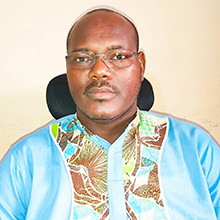