What's it take to get cooking?

July 26, 2012
Rohit Naimpally
Research by the World Health Organization tells us that indoor air pollution is the single largest risk factor for female mortality. Survey evidence in 2006 indicated that 98 percent of the rural population in Bangladesh cooked with traditional biomass-burning stoves, with women in these areas not perceiving indoor air pollution as a significant health hazard and consequently prioritizing other basic developmental needs. 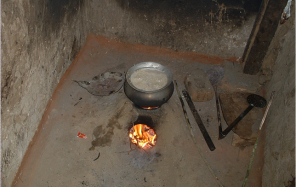 In an earlier post, we had called for more impact evaluations on clean cookstove adoption, given the limited evidence that clean cookstove technology improves health outcomes. This was in part motivated by a paper on the influence of household behavior on the long-run impact of improved cooking stoves.  The authors, Rema Hanna, Esther Duflo and Michael Greenstone, note that in the study setting of rural Orissa, “households failed to use the stoves regularly or appropriately, did not make the necessary investments to maintain them properly, and usage rates ultimately declined further over time.”
The broader conclusion of the paper is that environmental and health technologies like clean cookstoves need to be tested in real-world settings, where human behavior impacts the efficacies of these technologies.
Here at IPA, we are all about impact evaluations and real-world testing. Two recent evaluations sought to determine the primary reasons for the aforementioned low adoption of clean cookstoves in Bangladesh.
The projects, launched in 2008, were designed to evaluate two explanations for the low adoption of clean cookstoves despite the best efforts of over 100 national and local organizations operating since the 1980s. To evaluate one hypothesis – intrahousehold differences in preferences – household members were offered different clean cooking technologies depending on the gender of the recipient. A second set of experiments tested the hypothesis that a lack of information from trustworthy sources, on the health benefits of clean cooking technologies, may be responsible for the lack of technology adoption.
The experiments found that although women were more inclined to adopt healthier cooking technologies, a small price discouraged purchases, suggesting that women lack authority to make purchases. In addition, it was found that women could not act on their preference for cleaner cookstoves when there was the possibility of their husbands subsequently reverting to the biomass-burning stoves.
A lack of information seemed to play a smaller role, with social marketing programs likely to be less effective in the long run as experience with the technology grows. In the short-run, study subjects were more likely to adopt some technologies based on the opinions of village leaders, while the opinions of these leaders had little effect on the adoption of other technologies.
More information, including price effects on the margin, can be found on IPA’s evaluation page. We are interested to hear more from our readers: what, in your mind, could be a plausible explanation for low clean cookstove adoption? What kind of experiment that would test your hypothesis?
Studies:
Demand for Nontraditional Cookstoves in Bangladesh
People​:
Rohit Naimpally
Country:
Bangladesh
Topics:
Technology Adoption, Women & Girls
Partners:
BRAC, National Science Foundation (NSF)